ajushi  (ah-juh-shee) – n. a polite term of referring to an older male stranger equivalent to mister or sir-SLANG sometimes used in an endearing or sarcastic way with an older friend to tease them about their age
-ORIGIN Korean

A friend of mine was hosting a New Year’s Eve party and I had decided to make him a whiskey bottle label.  He had just made his own bourbon in an oak mini-barrel that he soaked in port wine.

My friend is a bit of a class clown-type and so I decided to change up my drawing style and go for a light-hearted cartoon that bordered on a caricature.

Here is the progression of the earlier sketches.  I knew that I would be inking this so I didn’t bother with trying to keep the lines clean at first and concentrated more on the gesture and the facial expression.

Click on any of the images on this page to see the larger higher resolution version.

I decided not to go full caricature and instead opt for more of a newspaper editorial cartoon style.  My friend is also a big fan of politics and a news junkie so I figured that style would fit his personal taste as well.  It was important to make sure that I didn’t make the final look too manga-ish and so I had to be careful not to make him look too much like a little kid.

You can’t see the change as well through the progression of the sketches but in the split screen below on the initial sketch to the final inked illustration I think it comes out in a subtle way.

Drag the slider bar left and right to see the differences between the first sketch and the final illustration below. 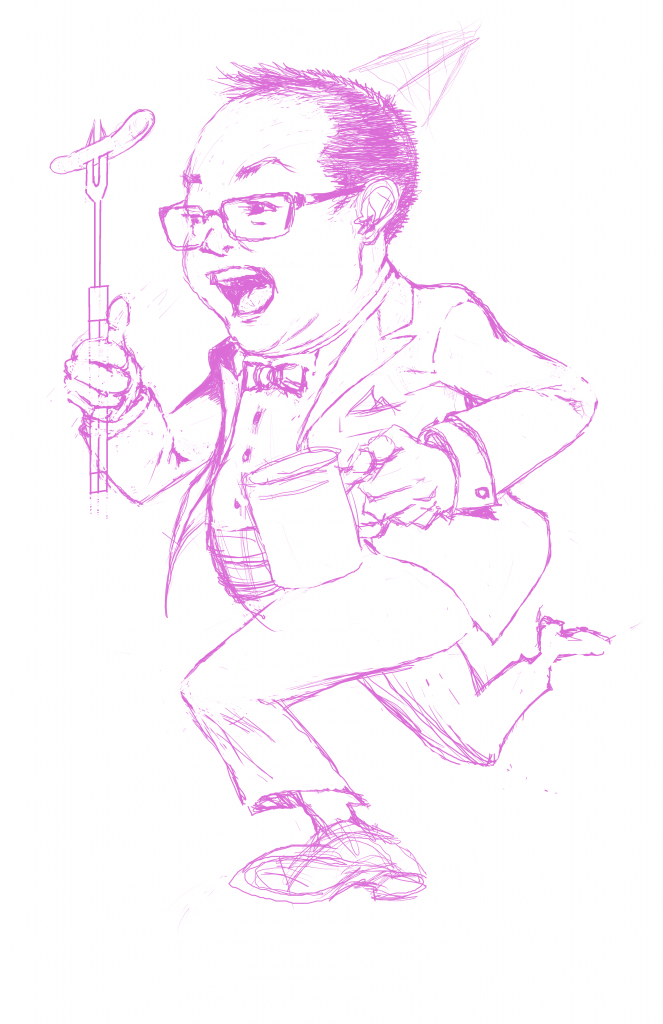 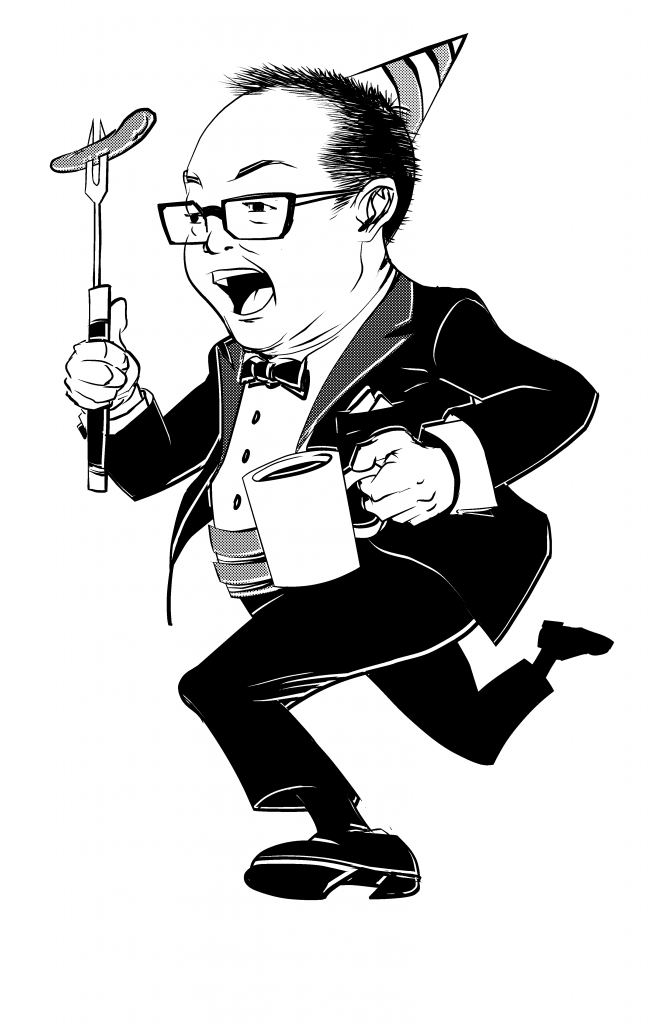 And here is the final bottle label…